The coronavirus pandemic left over 40 million people unemployed. Even so, colleges and universities had almost 4 million graduates who were already expecting or simply looking for jobs after school. Many graduates were forced to postpone their start dates and others had canceled internships, but some were dropped from their recent job offers altogether. However, industry experts are now predicting a drop in unemployment is on the horizon. Blake Barnes of LinkedIn claims there are “more than 1.5 million entry-level jobs and 65,000 internships in the U.S. alone posted on LinkedIn right now.”

The U.S. unemployment rate reached 14.7 percent in April, the highest number since 1948. Recently, the rate fell to 13.3 percent in May, as 2.5 million jobs have been added to the market. Health 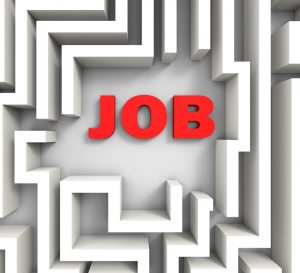 care, retail, and transportation and logistics lead all industries with the highest number of positions available following COVID-19. Refinitiv surveyed experts who predicted the unemployment rate would rise in May, to as high as 19.8 percent, which would have been the worst economic crash since the Great Depression. Tony Bedikian is the head of global markets at Citizens Bank, he believes the economy may have officially turned a corner since the pandemic took over, but warns that we still don’t know exactly what the “new normal” looks like for the U.S. economy. Many hope the economy will only improve from here, as shelter-in-place guidelines have eased and businesses are able to bring back some, if not all, of their staff. Leisure and hospitality took the hardest hit among the pandemic closures but were the highest increasing job market in recent weeks. After losing 7.6 million jobs in April, they accounted for nearly half the increase in May, with 1.2 million jobs reopening in the field. The Dow Jones also boosted the nation’s morale when stocks went up significantly once we saw a drop in unemployment.

Restaurants and drinking places saw 1.3 million employees go back to work, as the government allowed them to re-open in increments. Construction also added 464,000 jobs, and education and health services increased by 424,000, two jobs on opposite ends of the spectrum as health services became even more of an asset while education was almost completely shut down. In total, Americans who reported being temporarily laid off dropped by 2.7 million in May. States are slowly re-opening their economies but unemployment will still remain at an all-time high as social distancing remains necessary while the world attempts to get a handle on the coronavirus pandemic.

Agents, at Empower we value your success. Give us a call if you have any questions 888-539-1633.
Quick Links:
• Contracting Portal
• Check out Events
• Get Customized Marketing Materials 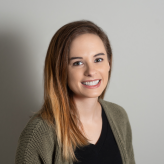