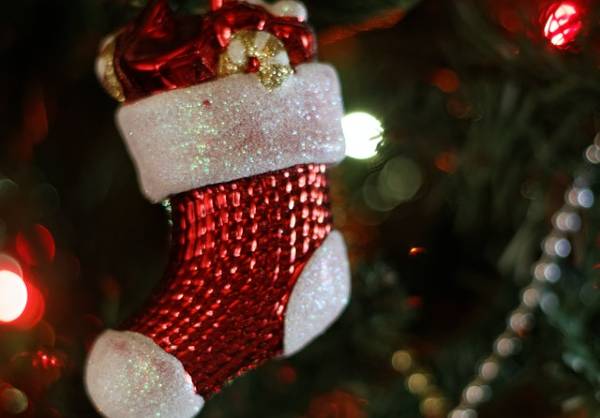 The holiday season is a time of faith, miracles, goodwill, and tradition. While some holiday traditions are self-explanatory, others have a deeply rich history rooted in legend. Sit back, grab a hot cocoa, and enjoy learning about Christmas stockings, the second ritual in our series of favorite famous Christmas traditions.

The tradition of hanging Christmas stockings is thought to have started in the 3rd century when Saint Nicholas roamed Turkey spreading kindness and doing good deeds. The most widely accepted origin of the practice involves good old Saint Nick, a widowed man, and his three daughters. According to the tale, the father was having a hard time providing for the girls after the passing of his wife. Though the three daughters were beautiful, their impoverished state would likely keep them from ever marrying, which deeply worried their father.

When Saint Nick heard about the girls’ plight, he knew he had to help, but the father was known for never accepting help outright, so he had to be crafty. One night, after the girls had washed their stockings and left them hanging by the fire to dry, Saint Nick snuck into the house through their chimney and left gold coins in each of their stockings before climbing back through the chimney. When the girls awoke, they were elated to see what had been left to them. They would be able to find husbands, after all. Though the origins of this story are largely unknown, it is the most widely referenced tale of how the modern Christmas stocking came to be.

Typically, stockings are filled with trinkets, treats, and even fresh fruit – especially oranges. While this tradition probably stems from times where fresh fruit was difficult to get and was, therefore, a treat, but some claim that the oranges found in modern stockings also have ties to the distraught widower and his three beautiful daughters. Some versions of the story say that Saint Nick gifted each girl three gold balls rather than coins in their stockings. Gold balls are pretty hard to come by, nowadays, so they have been replaced by their refreshing citrusy counterparts!

Throughout the years, Christmas stockings have taken many different shapes. In years past, actual socks and stockings were hung by the fire on Christmas night. From trouser socks to silk stockings, vintage mantles have likely seen it all. Some families still hang large socks, while others have opted for sock-shaped pouches that are often red with white trim to mimic Santa’s suit. There are more decorative options, as well. Crafty families may even try their hand at making or decorating their own Christmas stockings!

Of course, different regions of the world have varying beliefs regarding the origin of stockings. One such story spawned from the Norse. According to legend, the Norse god Odin would visit his people’s homes with his flying horse, Sleipnir. The children would fill their boots with carrots, straw, and sugar cubes for Odin’s flying equine companion, and to show his gratitude, Odin would replace the treats with stocking stuffers like small candies. Families in Holland and Hungary still follow this tradition and fill their shoes with goodies for Sleipnir!

Whether you plan on hanging a sock from your drawer or a homemade stocking from years-gone-by, we hope that your holiday season is full of magic and joy!