Hospitals Being Penalized With Lower Medicare Payments Due to Performance 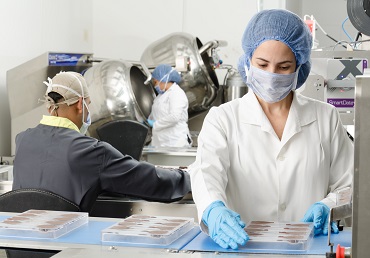 Hospitals are being penalized with lower payments from Medicare in 2020. Due to higher rates of infections, patient injuries, and re-admissions these hospitals failed in categories under ACA pay-for-performance programs. These localized 12 hospitals weren’t the only ones to receive lower payments, with a total of 786 being revealed on a list from The federal Centers for Medicare and Medicaid Services. Hospitals receive funds as part of the ACA’s Hospital-Acquired Condition Reduction Program, which incentives hospitals to provide better care who have the highest rates of in-house infections/ patient injuries.

There were three regional hospitals penalized under the program. University of Toledo Medical Center, Wood County Hospital in Bowling Green, and ProMedica Bay Park Hospital in Oregon. Each hospital will receive a reduced payment rate of one percent for a year according to CMS. In statements from each of the regional hospitals, spokesmen had different responses to the penalty. Cristy Walton, a Wood County Hospital spokesman, said the Bowling Green-based institution will receive $67,700 less from Medicare this year. Tausha Moore, from ProMedica, stated, she couldn’t provide how much Bay Park would be out in Medicare payments. UTMC stated they were still reviewing the impact of the penalty.

Critics of the Program

Critics of the program believe the penalties don’t increase conditions nor provide an accurate representation of safety in the hospitals. In one instance a professor of Health Management and Policy at the University of Michigan’s School of Public Health, Andrew Ryan,  published an article where he and his colleagues argued the flaws of the HAC program. By analyzing the clinical surgery data, the group was able to study 73 Michigan hospitals. The analysis shows that the ACA program unfairly penalizes hospitals that perform more surgeries and deal with more patients. Although 1% may not seem like a lot the money is something that could be used by the hospitals to further the care delivered to patients.

The Reach Of The Incentive Program?

With the program having effects on nearly half of the entire country, the penalty may outweigh the good of the incentives. Nine other local medical institutions will have reduced by up to 3 percent under the readmissions program this year. It is important that we ensure safety and quality of care for hospital statements, stated CMS.

What do you think about the regulations, is it good or bad? Comment below and tell us how you feel!

See our other websites:

What is included in home health care?
Teaching your client how to become their own banker