Empower Brokerage > Articles > NASA has made contact with Voyager 2 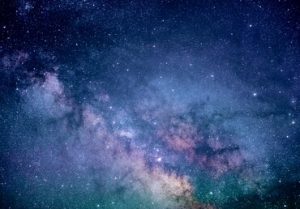 After eight months, NASA has made contact with Voyager 2 after going radio silent since March.

In March, at the beginning of the pandemic, NASA announced that Deep Space Station 43 required upgrades and would have to be shut down for almost an entire year. Deep Space Station 43 is the only antenna on Earth that can send commands to Voyager 2, which is approximately 11.6 billion miles away from Earth. During the radio silence, the satellite was not able to receive communications, but its broadcasts were still being received on Earth.

While those upgrades are still in progress, they have upgraded enough of the systems to be able to begin testing. Mission operators made their first communications to Voyager 2 last week, which was able to carry out the commands by the operators without issue. That is the longest that Deep Space Station 43 has been offline in over 30 years, marking a significant time for the antenna and its communications with voyager 2. Voyager 2 is the farthest satellite from the earth that is still operating from a ground antenna.

Due to a Voyager 2 flyby of Triton, Neptune’s moon, the trajectory of the spacecraft steered south of the solar system, which doesn’t allow for antennae in the northern hemisphere to be able to reach Voyager 2.
Voyager 2 was launched on August 20, 1977, over 40 years ago from Cape Canaveral in Florida. Some capabilities on Voyager 2 have been turned off to save power. This year, the instruments aboard the spacecraft are expected to begin sharing power to conserve as much energy as possible. By the Mid 2020s, Voyager 2 will no longer be able to send radio messages. Voyager 2 was originally expected to reach interstellar space in 2016 but did not do so until November 5 of 2018.

The end of the radio silence comes to the delight of the scientists who are communicating with Voyager 2. They will only be able to work with the spacecraft for approximately five more years before it is inoperable and becomes a floating object in space.

We hope this information on NASA has made contact with Voyager 2 is helpful to you.