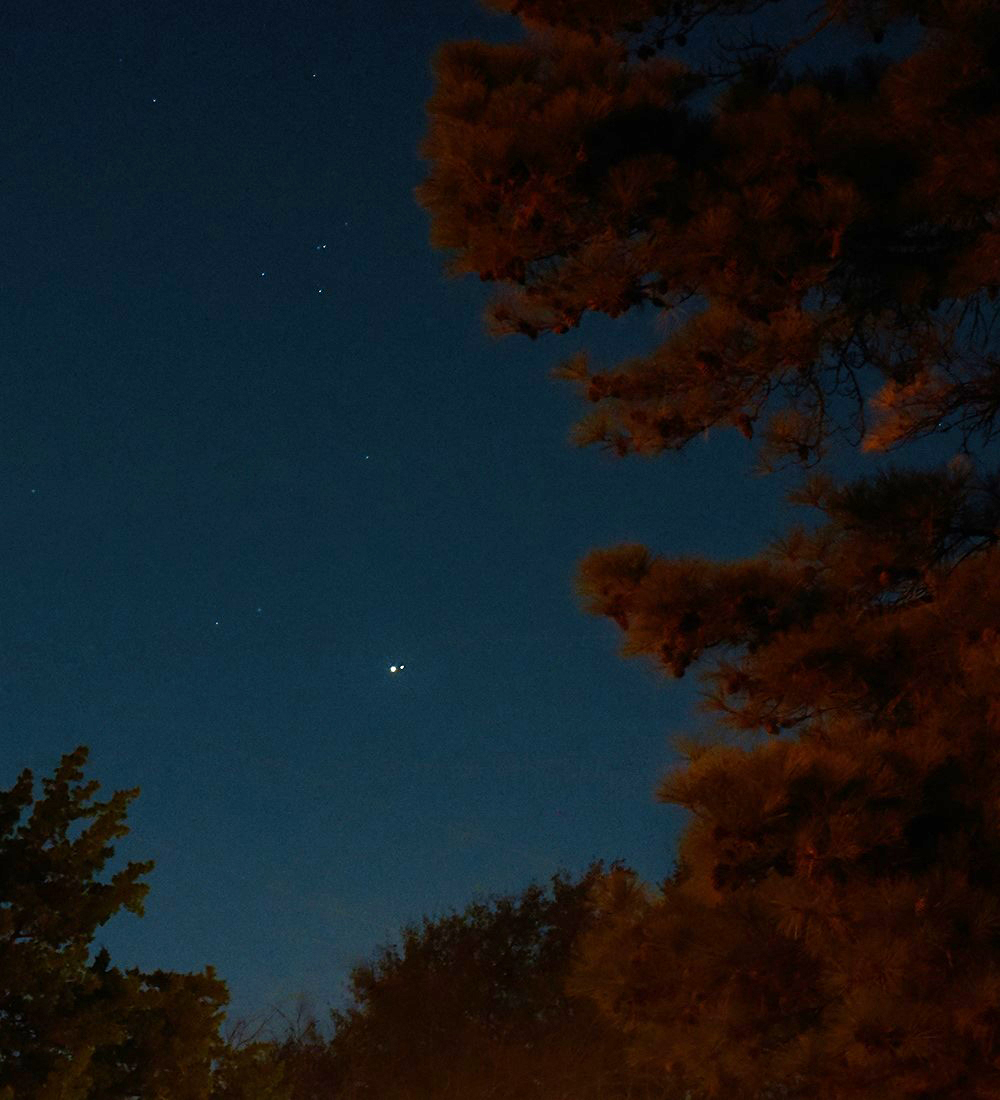 For the first time in centuries, Jupiter and Saturn aligned so closely that it appeared as one in the sky, and was dubbed a planetary solstice alignment due to the coincidental occurrence on the winter solstice.

According to Professor Patrick Hartigan of Rice University, this is the first time since March 4, 1226, that Jupiter and Saturn have appeared this close together from the earth where it is visible in the night sky.

The alignment can be viewed through Christmas Day. The best time to view the planetary phenomenon depends on the region of the world you are in, but the best way to view it would be just after sunset where it will appear as a blurb in the sky. If viewed with a telescope, you can see Saturn’s moons and rings.

Even though the two largest planets in our solar system appeared extremely close to one another from our vantage point on earth, they were actually quite far. According to Al Jazeera, the two frozen gaseous planets were more than 400 million miles apart. With these planets appearing so close together, this begs the question, when could all the planets align together? Well, don’t hold your breath.

The last time they appeared in the same part of the sky was in the year 949 AD, according to Science Focus. It won’t happen again until May 6 of 2492. Unless we find technology to make humans live over 400 years from the present-day, none of us will be alive to see this once millennium event. In February of  2016, the planets aligned to the point where you could see Mercury, Venus, Mars, Saturn, and Jupiter in the same sky.

With these planets being so far away from us on earth, being able to see them together in the same sky view is something that happens on very rare occasions. If you have some time the next few evenings, take a look outside shortly after the sun sets and take a look at the sky to see the two largest planets in our solar system in what looks to be close proximity.

We hope this information on Planetary Solstice Alignment is helpful to you.

New Beginnings: Reviewing Clients’ Life Changes and Life Policies
Customer Follow-Up: Why It’s Important and How To Do It Effectively