The Father of Modern Medicine 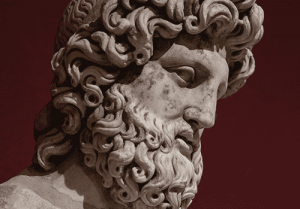 Image by Engin Akyurt on Pexels

The Father of Modern Medicine

Who was the father of modern medicine? We rarely think about where it all began or who started it all. One of the first great physicians appeared between the Greece Classical and Hellenistic periods. The world would soon know the father of modern medicine, Hippocrates, and the many discoveries and advancements he made to the medical field. This Greek physician would help pave the way for modern medicine with his new approach to disease and illness. However, many historical records and stories did not come from Hippocrates himself. Instead, they came from his students and those that followed his methods centuries after his time.

Who was Hippocrates, the Father of Modern Medicine?

The father of modern medicine was also called “the Asclepiad of Cos” by his younger contemporary, the renowned Plato. Being an “Asclepiad” meant that Hippocrates had come from a long line of physicians and doctors rather than belonging to a guild or temple. The physician probably involved many of the same practices as his father, his father before him, and so on.

One of Aristotle’s pupils, Meno, stated in his unwritten history of medicine the same views the father of modern medicine held about disease causation. Hippocrates believed a poor diet left undigested residues, which produce vapors that pass through the body. These residues and vapors create diseases.

Plato also described Hippocrates’ approach to medicine as philosophical. He summarized that philosophy with the sentence, “The certain knowledge of nature is solely possible from medicine and only when it is correctly approached as a whole”. This summarization would give way to one of the oldest and most well-known codes of ethics, the Hippocratic Oath.

What is the Hippocratic Oath?

The Hippocratic Oath is a code of ethics that states the obligations and proper conduct of doctors. The important sections of the oath highlight every doctor’s responsibility to help those in need to the best of their abilities. In addition, they will use proven science from physicians before them and offer their knowledge to those that come after. Two major themes of the oath point out that the purpose of medical care is to benefit the ill, and a patient’s needs should be considered above all else, including their need for privacy.

The Hippocratic oath has been rewritten numerous times throughout history. The most recent rewriting, which took place in 1964, was by Louis Lasagna. These revisions made the ancient oath more applicable to modern times and helped usher in a new age of doctors, nurses, and physicians.

We hope that this information on the father of modern medicine is useful to you.

Connor Swayne graduated from MediaTech Institute with an associate and tech degree in digital film and video editing. He joined the Empower Brokerage team in 2022 as a videographer and video editor. 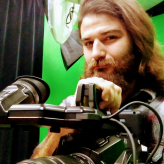 Remember the Declaration of Independence
Stay Hydrated this Summer