The Origin of Pumpkin Pie 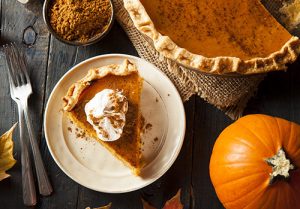 Is anyone else getting excited for the holidays and all of the glorious pie-baking that comes with it? I love pumpkin pie— provided that it’s my dad’s pumpkin pie! Store-bought pumpkin pie has never done it for me. I’m not sure what bit of magic he sprinkles into the mix, but eating his fresh pumpkin pie is always a highlight. I would ask him for his recipe, but honestly, I don’t think I’ve ever seen him use one! As you have probably already gathered, pie has been on my mind a lot recently and it has had me thinking: where did pumpkin pie originate? This is the question that popped into my mind, and I realized I had no idea. So, after doing a bit of digging, I’m here to tell you the story.

Where did it start?

We can’t pinpoint the first person to create the pie we know and love today; however, we can make some assumptions about when it likely came about. While there are earlier reports of using pumpkins in a variety of ways, it wasn’t until 1653 that we see a recipe by the French chef Francois Pierre la Varenne that instructs readers to boil pumpkin in milk and add it into a crust. In England in 1670, a writer named Hannah Woolley talks about a pie consisting of pumpkin and apple along with herbs such as rosemary and thyme. Pumpkin pies grew in popularity in New England during the 18th century and became part of the traditional Thanksgiving feast. It is believed that in 1705, a town in Connecticut postponed their Thanksgiving celebration by a week because there wasn’t enough molasses to make the pumpkin pies with. The pumpkin pie seems to have gone through many evolutions. A recipe published in Amelia Simmons’ “American Cookery” cookbook contained a pumpkin pie recipe very similar to the custard version we know and love today. Her cookbook was published in 1796 and was the first “American” cookbook to be published.

Learning of the many different ways that pumpkin has been used over the years has opened my mind to new possibilities. An apple and pumpkin pie sounds amazing to me! Whether you stick to the classic custard version or mix it up in some way, I hope you find yourself enjoying the magic of pumpkin pie this season!

We hope that this information on the origin of pumpkin pie is useful to you. 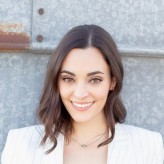