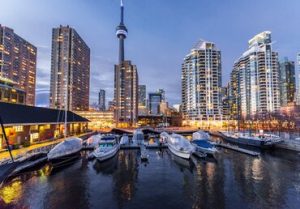 Eastern Canada’s COVID strategy in the summer worked almost perfectly. The Eastern provinces in Canada, Prince Edward Island, Newfoundland, Nova Scotia, and New Brunswick have a combined 90 active cases with 75 of those in New Brunswick.

In July, Canada decided to bubble those eastern provinces together, permitting travel between them, but not from the outside. Bars and restaurants opened, and the economy rebounded surprisingly well. While it helped them open their economy, there were inevitable downfalls of implementing such restrictions. Canada lost more than 171,000 jobs, and the tourism industry took a massive hit, but it would have been larger without the bubble.

By placing tighter restrictions than most on their national and provincial borders, Canada is better off than most countries in the world at the moment. About 2.4 million people live in the Atlantic provinces. While relatively small in population, these provinces show you can open the economy to some degree while still staying safe.

COVID-19 has impacted Canada less than a lot of other countries, though they are experiencing a second wave in cases. Some health experts say that is due to Canadian Thanksgiving, which took place on Monday, October 12. Dr. Anthony Fauci, the United States’ leading expert on infectious diseases, has warned Americans against large gatherings for Thanksgiving to avoid a similar spike in cases. While it is an American tradition that families around the country enjoy, it is risky to gather this year given the potential ramifications of what could happen.

It is an unlikely proposition that the United States would consider going into a multi-state or regional bubble, especially nine months into the pandemic. However, taking a page out of Canada’s book would not be the worst idea in the world.

We hope this information on Canada’s COVID Strategy is helpful to you.

Meet Our Product Specialists
The Biggest Challenge for Sports