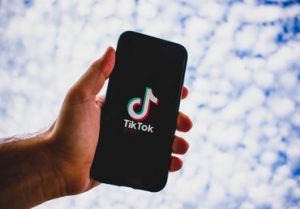 The United States Commerce Department announced Friday that new downloads of Tik Tok and WeChat would not be allowed beginning Sunday, September 20. As the Commerce Department announces a Tik Tok ban for the United States, Tik Tok’s parent company Bytedance is still searching for a U.S. operator to continue their operations. It is rumored that both Oracle and Wal-Mart have been in contact with Bytedance to operate the app.

TikTok and WeChat, all-purpose messaging apps, will both be removed from the Apple app store and Google Play store. Existing users will still be able to have and use the app on their devices. They will however not be able to update the app which would impact its functionality as phone operating systems get more sophisticated. As of now, Tik Tok has over 100 million users in the United States and more than 700 million around the world.

The Trump administration has given a date of November 12 for the parties to reach an agreement on the app, or there will be a full ban implemented.

“In our proposal to the US Administration, we’ve already committed to unprecedented levels of additional transparency and accountability well beyond what other apps are willing to do, including third-party audits, verification of code security, and US government oversight of US data security. Further, an American technology provider would be responsible for maintaining and operating the TikTok network in the US, which would include all services and data serving US consumers,” a spokesperson from Tik Tok said.

While Tik Tok launched internationally in 2017, the app began to really take off at the end of 2019. Tik Tok has become a major platform for influencers to profit off of their own content, similar to Instagram. The app is a reincarnation of sorts from vine, an app that users could post six-second videos on. Tik Tok allows for videos up to 60 seconds. It is mainly used by the younger generation as a form of entertainment, and that was amplified at the beginning of the COVID-19 pandemic with trends such as the “bored in the house,” song.

We hope this information on the Tik Tok Ban is helpful to you.