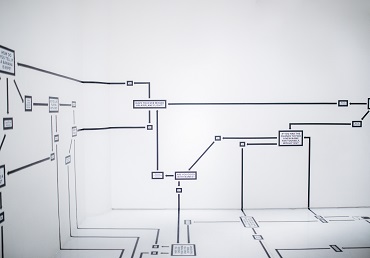 It looks like an agreement on more financial relief is close as the government discusses a phase 4 of the relief plan. With almost 800,000 cases confirmed and 42,000 deaths, it seems that COVID-19 will keep us in current quarantine orders for longer than some would hope.  President Trump stated that current negotiations with Democrats for the next phase of coronavirus financial relief are “getting close to a deal.” Although he told us it could happen by Monday but so far no word has been heard. There is also hope in helping support state efforts in boosting testing for the virus. With the combined effort between the White House and existing facilities, they hope to provide governors with information on how to more fully utilize the large laboratory machines in their states.

“They have a lot of machinery in the states that some aren’t aware of, but they’re there,” President Trump stated. “A couple of them didn’t know they could be utilized in a different manner. They are only up to 10% and they can go 90% more. Many governors are still relying on their state laboratories rather than the full and much larger capacity that is available to them.” With over 3.8 million tests done by the United States, the hope is to be proactive about lowering the number of cases as we have seen in Seattle, Detroit, New Orleans, Indianapolis, and Houston metro areas according to the President. “It’s more evidence our aggressive strategy is working and I thank the American people for their selfless devotion,” he said. “The American people have done a hell of a job.”

Worldwide it seems the total cases are going up while a decline in the rate of cases is still going up. Europe for instance just reached 1 million according to the European Centre for Disease Prevention and Control. Italy has seen cases rise to nearly 179,000 people. The UK has had a total number of cases rise above 120,000. With no cure in sight of the near future countries are expected to stay in lockdown for at least 2-3 more months. There has been talk about certain states partially reopening in the US, such as Georgia, Ohio, Tennessee, West Virginia, and Colorado.

Stay tuned for any updates from us on the financial relief. We will also keep you updated on COVID-19 and reopening states. To know how your insurance plays a role in COVID-19 testing give us a call at 888-539-1633!

Check us out on social media!

If you have any questions, please leave them in the comments below

No SEP for Healthcare.gov Amid Coronavirus Outbreak
Creating A Low-Maintenance “Victory” Garden