Rest contributing to quality of NBA 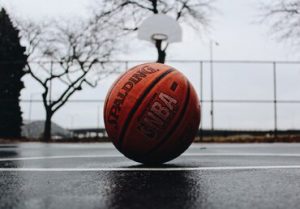 The NBA is in the midst of an unprecedented time, where the playoffs continue to be played inside a bubble at the Walt Disney World Resort in Orlando. Some expected the quality of play for various reasons, but for the most part the play has been up to standard. One of the main reasons for this, the New York Times says, is because there is no travel involved and the extra rest is contributing to the quality of the NBA.

In a normal season, each NBA team will play 41 away games, making for strenuous travel schedules. Sometimes teams will not arrive in their next city before 3 in the morning when playing a back-to-back, which makes resting a lot harder than it is when there is a day in between to travel. Since all the games are currently being played in one confined area, the farthest teams have to travel is no more than a couple miles at most per day: to and from the arena and hotel. This has begged the question, should the NBA find ways to implement less travel?

One of the major proposals to limit the travel that NBA teams have is to shorten the season from 82 games. While an unlikely scenario due to all the financial implications that would come with that, it would be more beneficial to the players for rest and recovery time between games.

One of the more likely scenarios is to have teams play back-to-backs in the same city. For instance, the Dallas Mavericks will travel to Memphis to play the Grizzlies two times in a normal season. Instead of going there two separate times, the idea would be to play two games in two nights, thus reducing the number of miles in the air and making for a fresher product.

Reducing travel has been a topic that the NBA has looked at for years, but has never come up with a real solution to the problem. In this pandemic era where sports leagues and businesses around the world are having to get increasingly creative, surely the NBA will find a way to reduce the amount of travel for these players, thus increasing the quality of their end product.

We hope this information on Rest contributing to the quality of the NBA is helpful to you.