There’s WHAT Living On My Skin?

Empower Brokerage > Articles > There’s WHAT Living On My Skin? 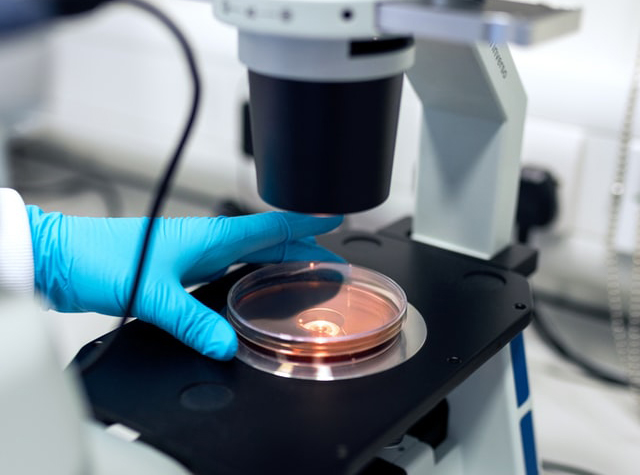 A Chat with a Doctor

A few years back, I had the chance to sit down with a pathologist and pick his brain about the kinds of things he encountered whilst peering through his microscope.  I was fascinated and disturbed by what I learned!

As a quick refresher, a pathologist is a doctor who receives tissue and fluid samples from patients and analyzes them on a cellular level.  They then look for abnormalities in those samples— things like cancer cells and viruses and parasites and (in forensic pathology) foreign matter or anything that could help progress an investigation. The pathologist I spoke with deals mainly with diagnosing breast cancer.

However, just because he spends hours a day looking for mutated cells under a microscope doesn’t mean he goes without the occasional unintended find.  After about twenty minutes of logistical questions, I asked him this: “Do you ever find secrets? Like, something you’re not looking for that tells you something about the patient?”

“Yes,” he laughed, glance sly.  From there, he told me about finding stray microscopic organisms called Demodex mites in his samples.  I had no idea they existed previously, so this was mind-blowing!

What are Demodex mites?

Demodex mites are parasites that live on the surface of human skin and look a lot like tardigrades, otherwise known as water bears, only Demodex mites have long tails called flagella (singular: flagellum) that help them move around efficiently.  Under a high-powered magnifying lens, they resemble a grain of rice. Personally, I think Demodex mites are the tiny doppelgangers of Appa from Avatar: The Last Airbender, just and with a stretched backside and a bit of baldness.

“Demodex mites are in a lot of my slides.” The pathologist continued.  “It’s common for humans to have them, so it’s normal to see a few.  But seeing a lot of them can mean trouble…”

According to him (and backed up by cross-referencing the ever-handy internet), Demodex mites feast on the oils, dead skin cells, and oxidized sebum that plug hair follicles.  As a skincare lover, the idea that I could have helpful oil-eating mites hanging out on my skin all the time seemed nice to me.  A little unsettling, but nice.  Symbiosis, right? 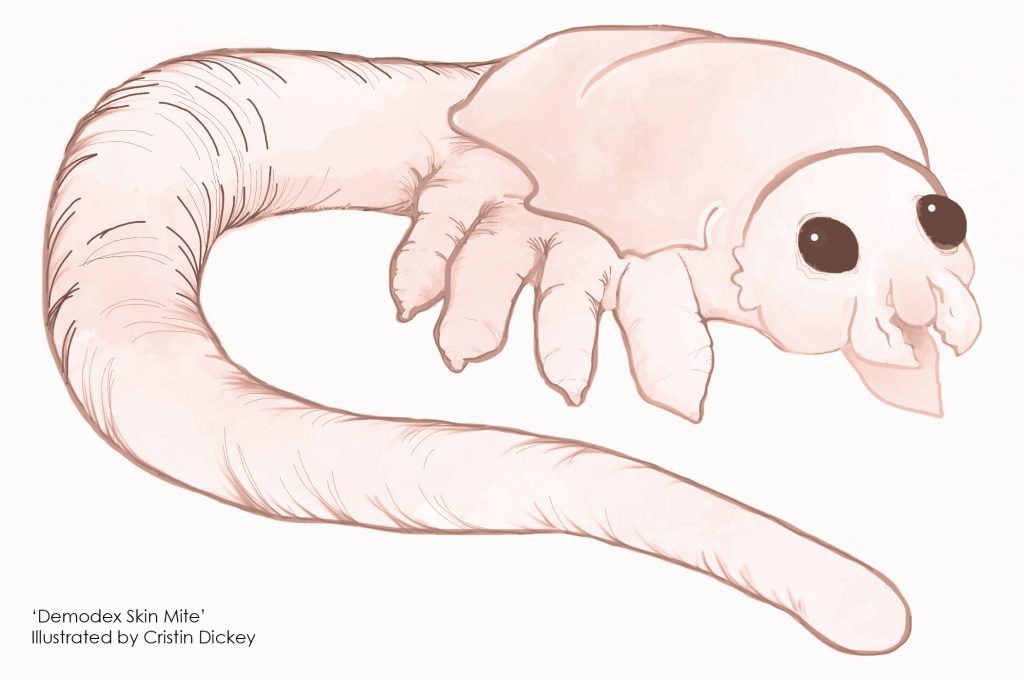 An artistic rendering of the infamous Demodex skin mite.

Demodex mites are cute… for parasites!

The downsides of having Demodex skin mites only come when their population gets out of control, a condition otherwise referred to as a Demodex infestation or demodicosis.  That is where the parasite part comes in.

Demodex-infested skin looks exactly as you would expect it to: swollen, red, pocked, and pustular.  Demodex mites can feast and burrow everywhere on the skin’s surface but tend to congregate around the eyelashes, scalp, and beard hairs where follicles are relatively large, open, and continuously seeping oil.  There, they mate and establish vast colonies that can grow big enough to see with the naked eye (they look like big brown globules, almost like earwax)!  Without certain creams, regular washes, lifestyle changes, and professional treatment, the mites will continue feasting and reproducing in the host’s skin for as long as they can be sustained.

Most people on the planet have Demodex skin mites, however, less than a tenth of all humans ever experience a full-blown mite infestation.  Here is a list of potential infestation causes!

For the future, what you think is just a rash, patch of stress acne, or a bit of rosacea may in fact be the torn, inflamed, ruinous skin of a Demodex mite baby boom.  Food for mites.  Food for thought!

We hope that this information on Demodex skin mites has been useful to you. Or at the very least, interesting!