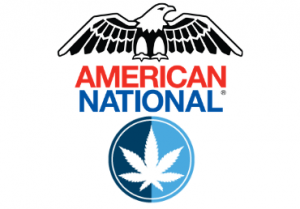 In the last 5 years, the legalization of marijuana has spread across the United States in certain states. With this, there has been a shift in public perception of the substance and it has become more commonly used and more commonly accepted. The use of marijuana has become so common with over 55 million Americans being current users in 2020 and the sale of marijuana in legal states has increased dramatically during the pandemic. This brings up the question about how underwriting marijuana use works, and American National Life Insurance has put out a resource about this.

Marijuana comes from the hemp plant and the main chemical associated with its psychoactive effect is THC. Marijuana is used in many ways to absorb the THC, it is most often smoked but can also be cooked into butter or oil and eaten in food, drank in things such as teas and sodas, or vaporized in e-cigarette like devices. Once used, THC is accumulated in the fat cells of the body and can take days or even to fully dissipate from your system, so a positive test for THC does not necessarily mean current use or even recent use. Although marijuana has been fully legalized in 12 states and become legal for medicinal use in many others, marijuana is still classified as a schedule one drug in the same category as heroine despite not being nearly as dangerous as any other drug in its class.

What It Means For Insurance Underwriting

Occasional or recreational use has found to not have much of an impact on overall health at all, and people who use marijuana for pain relief who would otherwise use narcotics are far better off. Opioid deaths are lower in states with legalized marijuana in fact. However, despite marijuana not being very bad for you on its own it is more likely for marijuana users to also use other drugs, tobacco, and drink more alcohol than average. People who require medicinal use are also more likely to have severe health issues due to the underlying condition.

For underwriting insurance for marijuana users, the things to look at are frequency of use, whether their use is recreational or medical, past or current abuse of other substances and other medical issues. The context of the individual’s health and habits other than their marijuana use is more important to consider than the use itself. Occasional users are still given standard or even preferred rates and for medical users the impact of the health condition that requires it is more important. Non-nicotine using marijuana users are also typically given non-tobacco rates. No business cases can be taken for marijuana-related businesses, however, as it is still considered a Schedule 1 drug under federal law.

We hope this information on underwriting insurance for marijuana users was helpful or interesting for you! 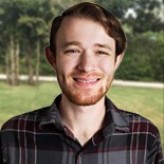 America First Healthcare Plan: What to know headed into the election
Could COVID-19 Become A Pre-existing Condition?