Alcohol Related Deaths On The Rise In The United States 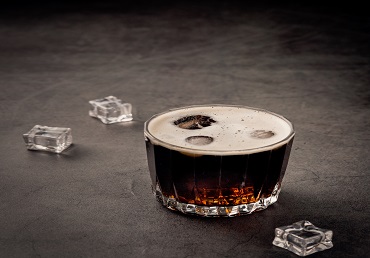 Alcohol has seen its battles over the century. From the prohibition in the 1920s to being accessible on most street corners. Drinking has split views. In recent news, Alcohol has increasingly been responsible for deaths in the US in recent years according to a study done by the JAMA Network. Researchers believe if these trends continue, we could be facing an urgent public health crisis.

The study originally was done between 2000-2016. A total of 425,045 alcohol-induced deaths were identified.  Of the total deaths, it seems that men were substantially higher compared to women. The study found increases in alcohol-induced death rates across age and racial/ethnic subgroups of the US population, which have accelerated over recent years. The study linked indicators of the far larger spectrum of deaths, including traffic collisions and cancer, that cannot be clearly classified as being caused by liquor. It also examined drinking trends while also comparing results by demographic characteristics including sex, race/ethnicity, age, county-level socioeconomic status (SES), and geographic location.

Variables In The Study

There are still variables in the study. One is how they defined alcohol-induced deaths (by definition, due to alcohol consumption and could be avoided if alcohol were not involved.) The study also used the International Statistical Classification of Diseases and Related Health Problems to classify death. The study’s demographics were attributed to death certificates as originally recorded by funeral directors.

Drinking has become a cultural norm. Whether it’s the holidays, a night out on the town, even after a long day drinking can become a dependency. Liquor comes with risk. From injuries, violence to alcohol poisoning, each time you drink you take on the ability for these things to happen. The long term health risk is also notable. Avid drinkers have high blood pressure, heart disease, stroke, & liver problem risk. Cancer rates are higher. Memory problems, mental health problems as well as alcohol dependence.

Drinking isn’t bad but it’s important to know your limit as well as the risk. If you or someone you know might be suffering, you can visit the https://www.samhsa.gov/find-help/national-helpline or give them a call at 1800-662-4357.

or Click here to get an affordable health insurance quote.