The Value-Action Gap: Why You’re Coming Short of Your Goals and How You Can Fix It

Empower Brokerage > Articles > The Value-Action Gap: Why You’re Coming Short of Your Goals and How You Can Fix It 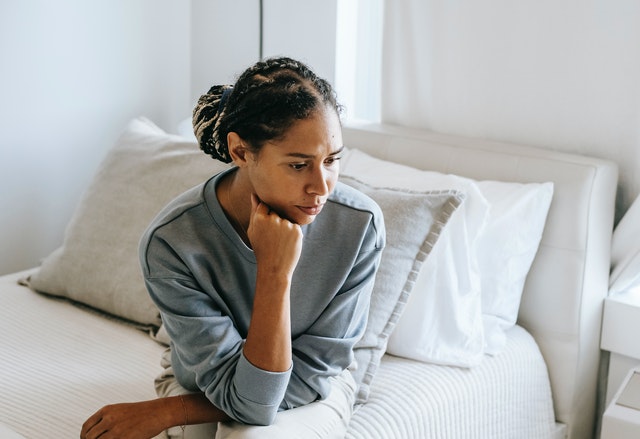 Having good intentions is rarely enough to overcome the value-action gap.  Photo by Alex Green on Pexels.

With the middle of the year approaching, it’s time we all take stock and evaluate our progress on the resolutions we made at the start of 2021.  If you’re like me, progress has been… slow coming.  Despite having strong convictions and clear, reasonable goals, even my best intentions aren’t reliable predictors of my future behavior.

Luckily, there are doctors for this.  In the world of psychology, the disconnect between our beliefs and our behaviors is called the value-action gap, otherwise referred to as the intention-behavior gap.  Studies show that what most people intend on doing is only “weakly associated with their actions,” thus creating a gulf between thinking and doing.  Why is this the case?  Why are humans so impressively unreliable that we’re even unreliable to ourselves?

Your Brain and Goals

In a presentation by Princeton alum and behavioral scientist, Karina Lorenzana, she referred to this type of failure as “an example of the executive control function.”  Executive functions are complex neurological processes that take place in the prefrontal cortex and allow us to efficiently complete voluntary tasks such as decision-making, goal-setting, and scheduling.  Because the modern world and the societies that govern it are fueled by processes, it’s incredibly easy to mindlessly adhere to old habits and outdated behaviors even when the behavior itself is voluntary.  The processes by which we live and function on a day-to-day basis create a “well-worn neural pathway” that takes deliberate “mental effort” to disrupt and “override.”

So, what kind of mental effort helps close the value-action gap?  Continuing with her presentation, Lorenzana brought forth a study that uncovered a potential solution.  The study’s experiment had two groups of people given educational information on the flu shot— specifically about flu shot availability and details on flu clinics where they could be cheaply and easily immunized.  With the first group, intervention stopped there.  However, after the second group was given information on the flu shot, they were asked to write down the date and time that they would be going to receive their flu shot.  By encouraging the second group to make a specific plan, 13% more of them chose to be immunized than in group one.

“And when you think about that at scale, 13% doesn’t seem like a lot, but when you look at the millions of Americans, and maybe even [people] worldwide, that are not taking advantage of the beneficial medicines, this type of simple, easy-to-implement intervention can have an impact on thousands, maybe even millions of lives,”  Lorenzana said.

In summary, planning has something to do with closing the value-action gap.

Professors and experts of psychology, Dr. Paschal Sheeran and Dr. Thomas Llewelyn Webb, elaborate on the benefits of planning, specifically in using “if-then” plans.  An “if-then” plan is a plan that considers potential obstacles to one’s goal and follows the logic of a syllogism to project intentions into the future.  For example, if I have a goal to exercise at least three times a week, an obstacle to that goal could be tiredness.  A plan that would more likely avoid falling into the value-action gap would then look something like this:

“If I’m tired before exercising, then I’m going to get up immediately and do ten jumping jacks.”

Or, “If I’m tired before exercising, then I’m going to listen to my workout playlist to wake myself up.”

Or, simply, “If I’m tired before exercising, then I’m going to work out anyway.”

Webb and Sheeran believe that if you can manage to think ahead and ask yourself how “you want to act in this situation [when you] encounter it” and “formulate your if-then plan in advance,” then you can reduce your chances of falling into the mental ruts of habit and automated action.

Basically, by taking the time to predetermine your own outcome when met by obstacles, you can work to reshape your well-worn neural pathway in advance to deviating from your normal daily routine.

With the mid-year bells about to toll, do you think “if-then” plans could help you close your own value-action gap?  It’s not too late to salvage a New Year’s resolution or strive for greatness anew!

We hope that this information on the value-action gap is useful to you.  Maybe it will inspire you to take charge of your future and see to it that all of your goals are met!

Beat the Heat This Summer
No More Masks?