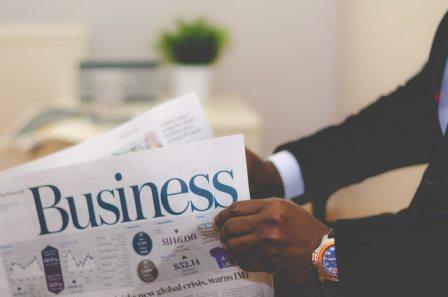 The recent COVID-19 pandemic has shaken several aspects of daily life, especially in the healthcare and insurance industries. With the year’s end rapidly approaching, many insurance companies are reevaluating what their policy premiums will look like in 2021. These companies plan to increase rates to combat predicted losses, but their predictions have so far fallen short in 2020’s second fiscal quarter.

Reports from five insurers who run large U.S. operations suggest that COVID resulted in a $2.5 million total loss in Q2; a relatively modest sum when compared to the companies’ predicted losses. The current damages are low enough that the insurance industry has absorbed the cost without resorting to using its capital. Given the quickly changing nature of coronavirus, it is near impossible to predict if these lower-than-estimated losses will remain steady throughout Q3 or if companies’ predictions will prove true in the flu season.

American Insurance Group reported that its costs were in line with its expectation for 2020, so far. AIG’s general insurance business paid out $458 million in COVID-related claims in Q2. Its current total costs for 2020 equate to around $730 million, mainly paid in property and casualty policies.

Chubb stated that much of its financial hit directly correlated to the coronavirus outbreak. The organization experienced a whopping $1.16 billion total in reported and unreported claims. Its total losses clocked in at just over $330 million in Q2, and its net premiums written dropped by over $190 million due to worker’s compensation and commercial casualty payments.

Prudential claimed that the coronavirus outbreak has both hurt and benefitted the company in Q2. Among the company’s losses were $2.7 billion in investments, though it did not specify whether these were COVID related, and a potential $70 million decline in earnings per 100,000 casualties in the U.S.

Travelers reported that it experienced $114 million in direct losses due to coronavirus-related economic fallout. The company’s portfolio of non-fixed income investments lost over $234 million because of the dramatic market decline seen directly after Q1 2020.

MetLife stated that it lost a total of $555 million on private equity investments directly caused by the value declines seen in Q1. Metlife’s main businesses were not affected too adversely by COVID, as some losses were offset by other gains. MetLife CFO John McCallion predicts that the company will experience a “strong recovery” in investment income during Q3.

Private insurance companies decided on current health premiums back in spring and early summer of 2019, so when the coronavirus hit the U.S. in March, providers began predicting rate increases and cutting spending to counterbalance the predicted losses directly tied to necessary coronavirus testing and treatment.

In a report released earlier this year, Covered California claims that 2021 premium rates have the potential to rise by up to 40 percent due to the generally unpredictable nature of the virus. Consumers and agents have already begun to see some of these increases play out, although many major insurance companies are not losing as much money as initially anticipated. Rates may continue to rise, however, since things could easily change with the appearance of a new vaccine or a second wave later this year.

We hope this information on insurers’ predicted losses is helpful to you. Empower Brokerage is dedicated to helping you educate your clients on the insurance they need and staying on top of their health. Whether it’s through webinar training, one-on-one calls, seminars, or marketing plans. We want you to be successful. Give us a call if you have any questions 888-539-1633.