The History of Life Insurance

Impress your future clients with some history! It’s a great conversation starter and will really put some perspective on the industry for your clients. They’ll think you’re a life insurance expert! Life insurance has been in the world since the dawn of ancient Rome. People have been protecting their legacy and families for centuries on end. But when and how exactly did life insurance start?

A Roman military leader by the name of Caius Marius came up with the idea of a burial club among his troops. Thus, in the event of an unexpected death of a club member, the members of that club would pay for the funeral. This became the start of the history of life insurance.

A coffee shop in London by the name of Edward Lloyd’s Coffee House was a popular place to meet ship captains and owners. Over time, it became a great place for shipping news, and then it eventually turned into a place for marine insurance. This was the start of the modern concept of insurance.

The financial crisis created a shift towards mutualization in 1837, and 17 mutuals that required little initial capital were chartered. The spread of these mutuals created a boom period for life insurance companies, thus prompting the foundation of the Widows and Orphans Friendly  company in Newark. They had only one product: burial insurance. This was the first company to make life insurance available to the working class. That company is what we know today as Prudential.

In 1911, Equitable Life Assurance Society wrote a policy covering all 125 employees of Pantasote Leather Company. This was the birth of group life insurance. After World War 1, life insurance sales rose dramatically, and by the Great Depression, there were life insurance policies for almost as many people that lived in the United States at the time – roughly 120 million policies.

Serviceman’s Group Life was a law enacted during this time period to ensure coverage for members of the army on active duty. By the end of World War II, roughly 72 percent of the adult population in the United States owned some sort of life insurance.

The September 11th terrorist attacks shook society. On that day, 2,977 people died, and $1.2 billion was paid out by life insurance companies in claims. Since 2010, the number of life insurance policies held by adults decreased significantly. According to a study done by LIMRA, only 30 percent of U.S. households had no life insurance protection at all. Only 44 percent had individual life insurance, marking a 50 year low for the life insurance industry.

The history of life insurance gives a person some great insight on how life insurance came into this world. Learning more about where it came from and how it has helped others can help one decide if a policy is right for them. 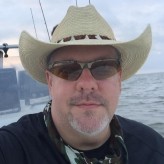