The Obesity Pandemic: The United States vs. Japan 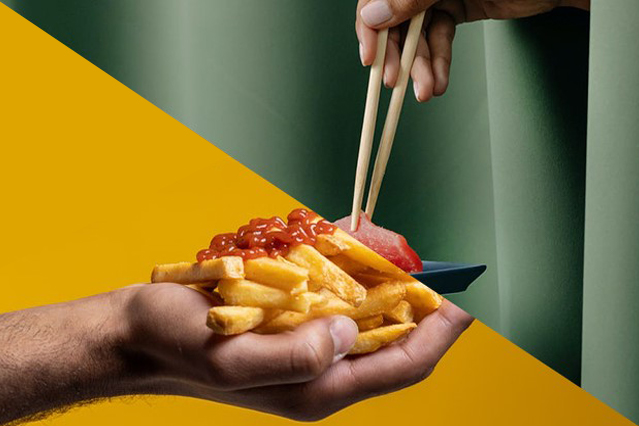 Japan may hold the answers for combating obesity in the United States, but it will take more than a personal overhaul to make needed changes. Photos by cottonbro on Pexels.

COVID-19 has worsened obesity worldwide… so what now?

Amidst a year-long blitz of harrowing COVID-19 news, it’s not difficult to imagine that a lot of us have quite literally dropped the ball on our health regimes.  I for one canceled my gym membership, retired my tennis shoes to the deepest recess of my closet, and fell hard into emotional eating.  Nothing seemed to curb the anxiety of Pandemia like vegetating on my sofa and eating jalapeno chips while months and months news-tickered away in a series of global disasters.

Fast forward to now.  Like much of the country, I got vaccinated.  I wiped the crumbs from my chin and ventured out into the world, grateful and forgiving of all the things I’d lived through but determined to pick myself up where I had left off in March of 2020.  When the process of ‘normalizing’ my own mind and body proved a harder task than previously anticipated, I turned to the internet for motivation.  One of the first things I found was this CDC article about America’s obesity rate which is at nearly forty percent.  A bleak start.

Craving a different tone, I clicked away.  After that, the discourse I encountered involving health and wellness was east-facing.  Statistics tracking rising rates of obesity around the globe did not surprise me, but what did was Japan, a country that has steered clear of the obesity crisis for decades by fostering a lifestyle rich with nutritious food and built-in activity.  As it stands, their obesity rate sits close to four percent, which is higher than in previous years but significantly lower than almost every other country on earth.

I figured there had to be something to those numbers.  I exercised, meal-prepped, and attended routine doctor’s appointments (masked) with this question in mind: what in American culture supports obesity where Japanese culture fights it?

Japan and America: A Dialectic

Transportation.  Cars are the major mode of transport for Americans.  With minimal public transportation options and cities spread out between massive stretches of uninhabited land, cars are the most convenient way to get where you want to go in the United States.  However, in Japan, people utilize public transportation for almost all traveling.  An efficient and highly connected network of bullet trains, buses, and subways allows many to get from place to place quickly without having to worry about gas, parking fees, automobile insurance, maintenance, traffic, commutes, or road rage.  Utilizing public transportation over cars bolsters frequent movement and fights obesity.  Walking from station to station as a part of a regular daily routine nationwide makes it more difficult to access fast food, another culprit in the global obesity problem.

Food.  A lot goes into this one.  American cuisine, while rich in flavor, is famously calorie-dense and high in unhealthy fats, sugars, and simple carbohydrates.  According to Yoshiko Sakuma, Japanese master chef, author, and restauranteur, it costs more to purchase foods high in fat in Japan, such as dairy products and red meat, because the lack of available land for grazing keeps the number of dairy farms low.  Additionally, easy access to fresh fish, vegetables, rice, fruit, and fermented foods encourages people to eat nutritiously daily.  Convenience stores, arguably equally prevalent to fast food chains in the United States, offer healthy meals like onigiri, parfaits, grilled chicken salads, and miso soup for low prices to anyone on the go.

Drink.  Coke products rule the roost in America.  Conversely, in Japan, green tea or matcha, milk tea, melon and aloe juices, flavored soy milk, and fermented beverages such as amazake are more popular than American-style drinks saturated with sugars and syrups that many claim are “too sweet” for their palettes.

Culinary Tradition.  There is a historical element to Japan’s dietary health.  In the United States, it’s traditional to sautee or fry food using animal and plant fats, to put meals on one large plate, to eat everything you’re given, and to take your meals in front of the television.  In an article published by the University of Minnesota, the traditional Japanese diet emphasizes cooking without butter or unhealthy oils by steaming and boiling, which are “conducive to maintaining a pattern of lower calorie consumption.”  Furthermore, a Japanese meal is typically eaten out of many small plates arranged in a specific order which operates as natural portion control.  It’s also a cultural belief that only eating to “eighty-percent fullness” (also known as hara hachi bun me; 腹八分目) is ideal for proper digestion and that it’s important to eat without distractions.  These ideas devote a kind of mindfulness or reverence to mealtimes and eaters default to being more aware of its sensations, pleasures, and ritual aesthetics.

Exercise.  While Japan also has its share of issues involving exercise and body expectations, it appears that the general attitude surrounding exercise is focused on disease prevention rather than achieving a certain physique, which is the American way.  Among the top motivators for exercising in Japan are “health maintenance” and “fun” which are not directly linked to a western cultural obsession with unrealistic fitness standards.  In addition, the types of exercise that are most popular in Japan tend to be low-impact, such as going for a walk, doing a yoga session, biking to school or work, or going for a refreshing swim.  Asa taisou—a morning calisthenics and stretching routine— is also important to a Japanese exercise model.  People who work sedentary jobs are not only encouraged but expected to do asa taisou exercises during the workday.  Watch a team of librarians demonstrate a typical asa taisou routine here.  It’s very different from your average American exercise!

Infrastructure.  Have you seen Japanese bike racks?  What about their squat toilets?  Their clean, wide walkways?  Their forest trails?  It seems like many public spaces encourage health by default.  For instance, squatting to go to the bathroom rather than sitting improves circulation, core and leg strength, mobility, and digestive function.  Having hundreds of spaces to secure your bike after a ride rather than two or three makes biking everywhere safer and easier.  Going for a long walk in the city is peaceful when the sidewalks are garbage-free and well-organized.  Taking a hike is a joy when you’re surrounded by lush, well-kept greenery.  This kind of structural forethought is not present in the United States.

The Japanese have the highest life expectancy in the world, so it’s clear that their lifestyle works to improve health outcomes in general, not just to safeguard against obesity.  I see wisdom in their unique balance of both deliberate and culturally integrated (default or automatic) wellness habits.  It’s easy to see how their health as a nation is not only possible but sustainable.  The focus is placed on long-term, gentle, consistent practices like walking to the train station and eating with mindfulness rather than the American “get fit quick” mantra that promotes destructive and ineffective fad-dieting, fasting, cleansing, eight-week shred programs, and training regimens.

As I move back into a normal headspace this summer (thanks to the vaccine), I plan on slowly integrating as many of Japan’s health practices as possible.  I want to treat my body with respect, depriving it of nothing, cultivating meditative eating and exercise, and honoring the unique difficulty of living through the pandemic and all its stresses.  I think I’ll be better for it.

I think we’ll all be better for it.

We hope that this information on Japanese health and wellness habits is useful to you.