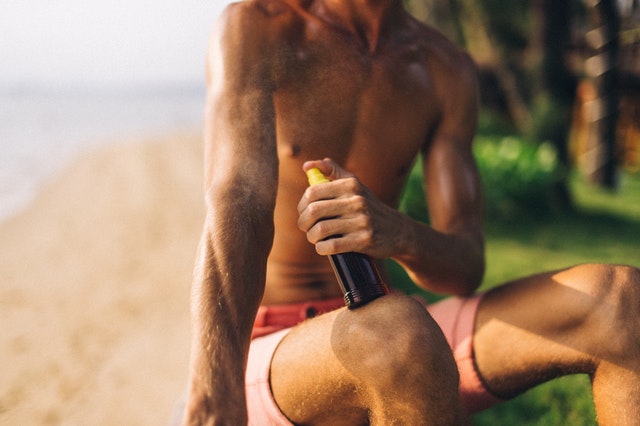 Valisure, an independent research laboratory based in Connecticut, just released a detailed report finding gratuitous amounts of benzene in many commonly available sunscreens.  Benzene is a flammable liquid used in producing things like rubber, plastic, pesticides, detergents, gasoline, and the like.  Because it evaporates quickly in oxygen, most people are exposed to benzene by breathing in gases like cigarette smoke and car exhaust, but it is possible to absorb it through the skin via spilled chemicals or products such as hand sanitizer or sunscreen.

The problem with benzene is that it is classified by the CDC, WHO, IARC, and the FDA as being “carcinogenic to humans,” meaning that it has been linked to cancer (mostly leukemia) in both animals and humans in clinical studies.

Benzene is heavily regulated by federal and state governments in workplace environments.  The National Institute for Occupational Safety and Health (NIOSH) recommends that any workers exposed to benzene at .1 parts per million (ppm) or higher wear protective equipment.  However, pharmaceutical and cosmetics companies are legally permitted to manufacture products that contain up to 2 ppm of benzene.  What this means is that these companies are willfully selling products with 20 times the amount of benzene that NIOSH recommends industrial workers wear goggles, face shields, gloves, aprons, boots, and gas masks to avoid.

Furthermore, because the carcinogen is neither necessary in the production of sunscreen nor controlled for dosage, Valisure claims that “there is no safe level of benzene.”  For example, even if a sunscreen falls below the 2 ppm standard, if you’re spending a day outside and need to put on sunscreen 2-4 times to avoid a sunburn, (based on the bare surface area of the skin) you could be slathering 7,500 times the FDA’s daily benzene limit on your skin.  Valisure summarizes the finding by saying that “sunscreen products are typically used in many times higher volume than standard drug products like tablets or capsules, so even a relatively low concentration limit can result in very high total exposure.”  And that’s disregarding Valisure’s finding that approximately 18% of the 294 sunscreen batches that they tested contained over 2 ppm of benzene.

Looking Ahead to Summer

The good news is that Valisure found that no brand of sunscreen consistently contained benzene, meaning that “the presence of benzene appears to be from contamination” rather than from things like irresponsible ingredients.  The bad news is that this will make it difficult for mindful consumers to navigate the sun protection market as the summer approaches.  Hopefully, with more effort, the FDA will issue a full recall of all contaminated products and Valisure’s request that consumers be made aware of the dangerous carcinogen will be fulfilled.

Are you concerned about buying benzene-free sunscreens for you and your family?  Resources are out there!  I found a few helpful posts on how to shop smarter and avoid contaminated sun products here (blog post) and here (video).

We hope that this information on benzene in sunscreen is useful to you.